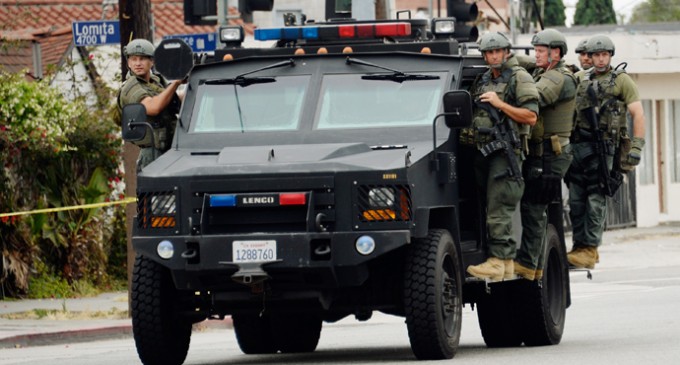 A jury decided last year that the owner of a small organic farm, Shellie Smith, still owes $4000 after a raid by SWAT that destroyed her farm.

Garden of Eden, a small organic in Arlington, Texas, was the target of a SWAT raid in 10-hour long search with Smith being held at gunpoint at one point.

Arlington police dept. stated that there were complaints of marijuana being grown on the premises, but none was found on the property. Instead, law enforcement confiscated 17 blackberry bushes, 15 okra plants, 14 tomatillo plants, native grasses and sunflowers.