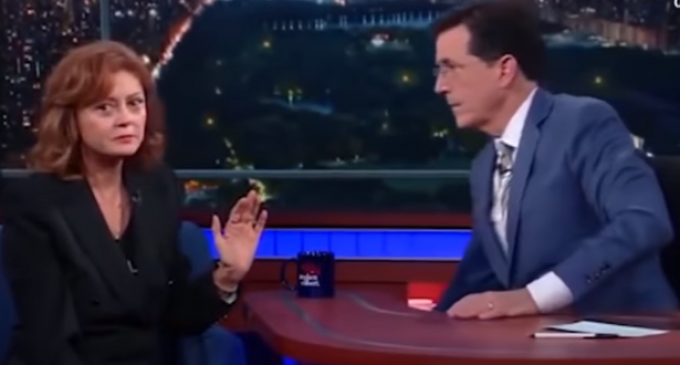 Mega-leftist Hollywood star Susan Sarandon was never a fan of Hillary Clinton. During the Democrat primary, the star was vocal about her opposition to the perpetually pantsuit-clad politician. Since then, and after Bernie Sanders conceded, most Democrats have reluctantly come around to Mrs. Clinton. If Sarandon's comments prior to the nomination are any indication, she's not going to be among them.

She may be far to the left of most of America, but she shares the same concerns that most of the country have with the Democrat nominee: She's untrustworthy, unlikable, and maybe even too unhealthy to be president.

While Sarandon isn't very agreeable politically, she is one of the few Hollywood politicians who seem willing to stand up against Hillary Clinton. It may have been done in service to Bernie Sanders, but it looks as if Sarandon may be on Trump's side now that Sanders is out of the race.

Watch her eviscerate Hillary Clinton — and compliment Donald Trump — in the video on the next page: