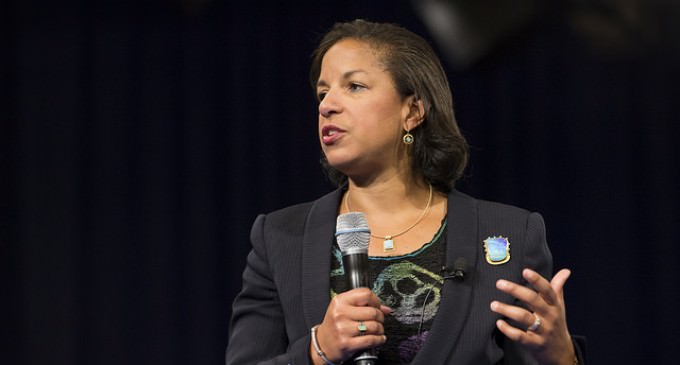 Does anybody remember when former US Ambassador to the United Nations Susan Rice said that deserter Sergeant Bowe Bergdahl had served with honor and distinction?

Obama's ambassador actually equated deserting your post in the military was honorable and distinguished!  And Leftists cannot comprehend why Barack Hussein Obama (aka, Barry Soetero) was not wildly popular amongst half of America.  Why couldn't we love him the way they loved him?  Could it possibly have ANYTHING to do with the fact that he couldn't seem to make a single appointment without that person showing a shameful lack of experience and understanding of the position?  Speaking of a lack of experience, perhaps it had something to do with the fact that Obama was eminently less-qualified than Hillary…by his own admission!

Well, back to Ambassador Rice…

The term ambassador carries with it a certain sense of accreditation.  If you're chosen as an ambassador, your job isn't necessarily to take the side of everyone else who is against your country, right?  I mean, an ambassador is supposed to embody the values and the morals of the country she represents.  Perhaps that's the problem.  Rice was handpicked by Obama who, himself, hated this country more than his father hated the United Kingdom (which is exactly why Obama returned the bust of Winston Churchill to England as his very first official action).  Rice must have embodied the same spirit of distaste for this country as her boss and that's the reason she got the nod.

Now, in her capacity as…well…board member of more than a handful of organizations, she and her husband, Ian, who is an ABC News Producer (imagine that…the Fake News Industrial Complex (FNIC) incestuously involved with the Obama White House) are enjoying some time off.  And while she is relaxing at home, she decided to talk to a news organization about how she believes that President Trump should just let North Korea, Iran, ISIS (and everyone else who hates us) get nuclear weapons!  Okay, well maybe she didn't say all the others, but she did say North Korea, and isn't that enough?  Read on the next page her comments regarding yet another idiotic statement by this Stanford University graduate!