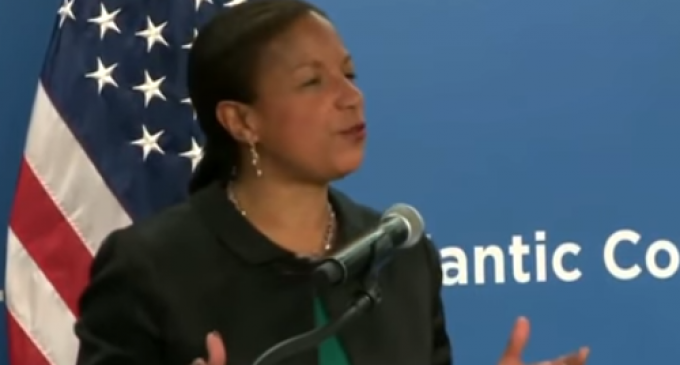 Susan Rice is the National Security Advisor to Barack Obama, and was the designated liar for the administration when four Americans were murdered by Islamic terrorists in Benghazi. The Obama administration trotted her out to claim it was caused by an obscure video on YouTube, and it was an embarrassing display of deceit, with Rice coming off as a dupe and a shill. She is a woman of color and a key player in the administration, which seems like a fairly significant position to have in these United States. But like her boss Obama, and like other minorities in his administration, it seems that every event and discussion is filtered through the lens of race.

Susan Rice, like Obama, is a racist and a bigot. Of course she will vehemently deny that, and in fact will say that is impossible for someone of color to be those things, but it is nonetheless true. Dr. Martin Luther King once declared that a person should be measured by the content of their character rather than the color of their skin, but to Rice, Obama, and their ilk, skin color is always a factor, and often the major factor, in determining if things are fair or right or appropriate.

Rice recently gave the commencement address at Florida International University, and once again her bigotry was on display. It gets tiresome, it is divisive, and it is dangerous.