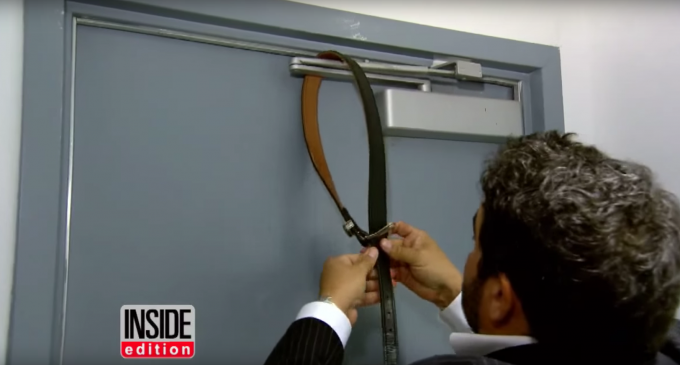 What should one do if the “worst happens to you” is the premise of a viral video about protecting oneself against an active shooter. Though there are valuable tips within the two-minute “infomercial”, the irony is one can use a fire extinguisher as a weapon, scissors as a weapon, chairs, tables and belts to inflict bodily harm on a shooter, but NOT use a gun.

It is reminiscent of the “duck and cover” Civil Defense films that urged children and adults alike to hide under a desk as protection from an atomic bomb.  This idea today seems ludicrous, a desk protecting children from a bomb, yet this same logic is being used and encouraged during an active shooter scenario.  Don't bring a gun to a gun fight, but a belt to lock the door.

Watch the video on the following page.  It does have some good insights and they certainly may save one's life, but just as a desk won't save from a nuclear bomb, neither will a belt keep a person alive either.