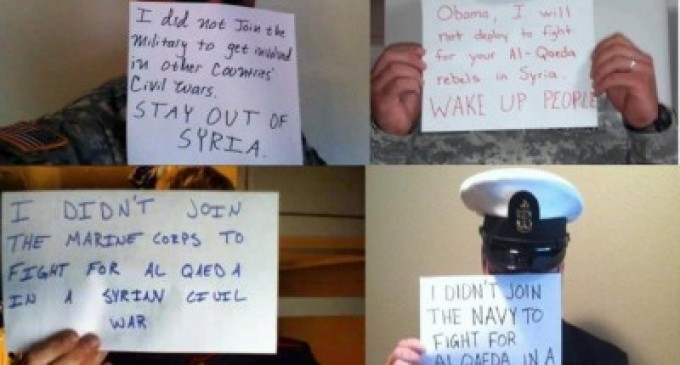 90% of all Americans and 75% of all military oppose war in Syria. We are way past due on demanding that our government actually represent the people, not their own personal positions and agendas.

To the list of skeptics who question the need for air strikes against Syria, add an another unlikely group — many U.S. troops.

“I haven’t heard one single person be supportive of it,” said an Army staff sergeant at Fort Hood who asked not to be identified by name.

A Military Times survey of more than 750 active-duty troops this week found service members oppose military action in Syria by a margin of about three to one.

Will this government ever start representing the people?