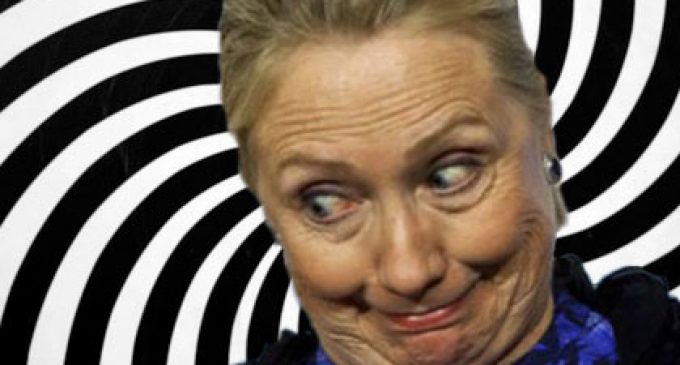 Hillary is dishonest and untrustworthy, said 88 percent of Democrats who were polled by NBC News|SurveyMonkey Weekly Election Tracking poll.  Fifty-nine percent of voters “have negative feeling” toward Hillary, yet she still is leading Trump 50-41 among registered voters.

This same group, who believes that Hillary is dishonest and untrustworthy, somehow also thinks she has a better temperament to serve as President.  The disconnect between moral character and having the right “personality” to be President is exactly what is wrong with much of the electorate.

Much like those who voted for Obama because he was black and not because he had moral fortitude or any worthwhile experience, Hillary too is being supported because she has lady parts.  She is devoid of morality and has earned the reputation as one who is dishonest, yet her supporters willingly ignore her fatal flaws and will vote for her because she is a woman.

View the video of Maggie Hassan, New Hampshire Democrat for Senate squirm around the question as to whether Hillary is trustworthy on the following page.