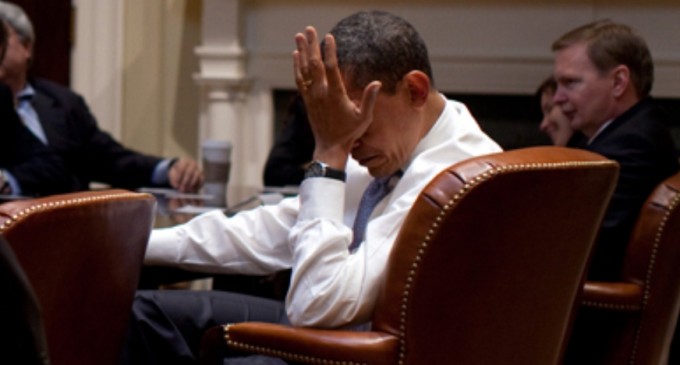 In a 9-0 vote, the Supreme Court has tossed out Obama's ‘recess appointments' that Obama tried to sneak past the Senate when it wasn't actually in recess.

Looks like the Master of the Universe (in his own mind) will have to abide by SOME laws.

he US Supreme Court today limited a president's power to make recess appointments when the White House and the Senate are controlled by opposite parties, scaling back a presidential authority as old as the republic.

The case arose from a political dispute between President Obama and Senate Republicans, who claimed he had no authority to put three people on the National Labor Relations Board in January 2012 when the Senate was out of town.

Sign up for breaking news alerts from NBC News

He used a president's power, granted by the Constitution, to “fill up all vacancies that may happen during the recess of the Senate.” But the Republicans said the Senate was not in recess at the time the appointments were made, because every three days a senator went into the chamber, gaveled it to order, and then immediately called a recess.

By a unanimous vote, the Supreme Court agreed that the Senate was not in recess, holding that it's up to both houses of Congress to define when they're in session or in recess. As a result of the decision, the Senate can frustrate a president's ability to make recess appointments simply by holding periodic pro forma sessions, a tactic used in recent years by both political parties.

The question, the court said, is whether the Senate had the capacity to act. It found that during the recess at issue, the court did have that power.