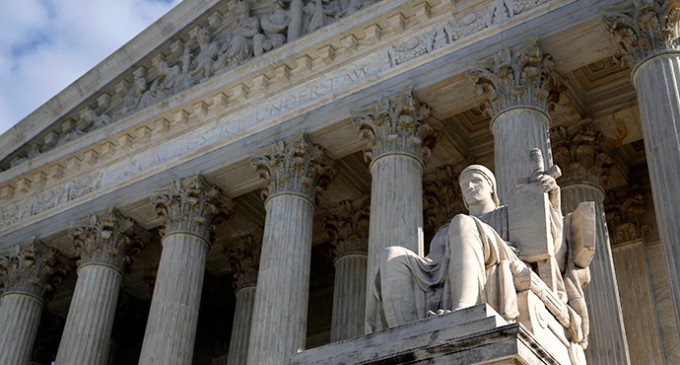 The United States Supreme Court won't listen to challenges by the NRA to rulings on firearms restrictions.

The NRA has challenged one law in Texas that bars anyone between the ages of 18 and 20 from obtaining a permit to carry a handgun in public. The other NRA-backed lawsuit challenges a 1968 federal law that prohibits gun dealers from selling handguns and ammunition to individuals under 21 years of age.

The Supreme Court also declined to hear challenges to another federal law that forbids the transportation of firearms between states.

The war on the 2nd Amendment continues….which is as much a game of inches as it is miles.

The United States Supreme Court has decided not to hear challenges to recent rulings that upheld firearms restrictions, dealing a blow to gun rights advocates hoping the justices would declare them unconstitutional.

Monday’s decision swept aside two challenges backed by the National Rifle Association, one of which argued against limiting gun sales to those under 21 years of age, while another attempted to secure the right to carry firearms in public.

Ever since the Supreme Court ruled in 2008 that the Constitution guaranteed an individual’s right to bear arms, gun rights advocates have challenged laws that limit that ability in public. The Supreme Court clarified that its original ruling applied to all states in 2010, but since then it has refused to wade into the battle regarding public spaces.

According to Reuters, one law challenged by the NRA in Texas barred anyone between the ages of 18 and 20 from obtaining a permit to carry a handgun in public. The lawsuit also wanted courts to consider whether or not the Second Amendment covered the public bearing of arms in general.

The other NRA-backed lawsuit challenged a 1968 federal law that prohibits gun dealers from selling handguns and ammunition to individuals under 21 years of age.

Both of these laws were upheld by US Court of Appeals for the 5th Circuit and remain intact after Monday’s decision.

The Supreme Court also declined to hear challenges to another federal law, which forbids the transport of firearms between states.

Despite these decisions, the Supreme Court is still expected to rule on the wider issue of public gun rights sooner rather than later. As noted by USA Today, although lower courts have generally upheld restrictions on carrying concealed weapons, a three-judge panel on the 9th Circuit Court of Appeals recently struck down a California law in a way that makes Supreme Court action more likely in the future.

According to the Washington Times, the San Diego, California, law mandated that anyone applying for concealed-carry permit was required to prove they needed a gun for their personal safety by demonstrating “good cause.”

“The Second Amendment does require that the states permit some form of carry for self-defense outside the home,” the court panel ruled. “States may not destroy the right to bear arms in public under the guise of regulating it.”

In light of this decision, some experts believe a ruling from the high court on the issue has become necessary.

“These cases present vital questions for gun policy: where you can carry a gun and who can have one,” Adam Winkler, a specialist in constitutional law at the UCLA School of Law, told the Washington Times. “It’s only a matter of time before the Supreme Court has to answer these questions.”