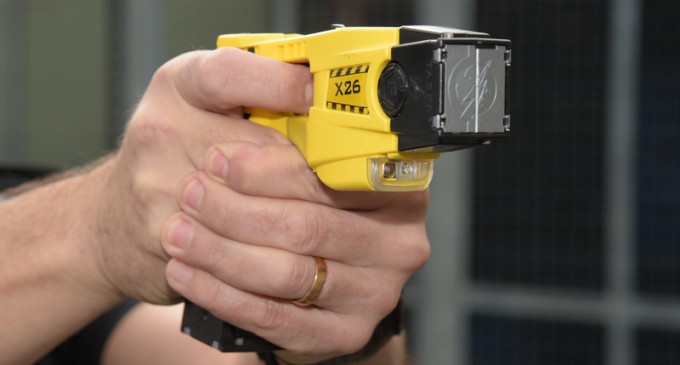 In a remarkable shift of fortune, the Supreme Court has ruled on the side of liberty in general and gun rights in particular.

Hearing a case involving a Massachusetts woman who carried a stun gun to protect herself from an abusive former boyfriend, the Court moved to overturn the original judgement of a lower court that the device was not covered by the Second Amendment. The Court's judgement was unsigned and had no dissents.

Arguing that stun guns were not protected by the right to bear arms because they weren't invented when the Founding Fathers first wrote the Constitution, Massachusetts authorities took Jaime Caetano into custody over her possession of the weapon.

Fortunately for Caetano – and gun owners, for that matter – this argument didn't fly with the Supreme Court, with the justices rejecting a good deal of the Massachusetts court's findings and promptly sending it back to the state for further litigation.

See more on the next page:
Relying heavily on the Court's previous ruling in District of Columbia v. Heller, the justices found that the Massachusetts courts interpretation of the Second Amendment was completely out of sync with the interpretation of the Founding Fathers, who likely would have applauded Caetano for taking active measures to protect herself:

“The justices decided that a March 2015 Massachusetts Supreme Judicial Court ruling was inconsistent with a 2008 Supreme Court decision declaring an individual right to bear arms. That 5-4 ruling in the case District of Columbia v. Heller left open many questions about the extent of the individual right, the firearms covered and when government regulations would stand.

Monday's decision did not further clarify the standards of the Heller ruling, yet it signaled that lower courts should not look narrowly at the weapons covered.

The justices objected to the Massachusetts court's approach of considering the dispute through a ‘contemporary lens' and that it stated that stun guns would not have been the type of weapon Congress envisioned in 1789 when it passed the Constitution's Second Amendment declaring a right to bear arms.

The amendment was ratified in 1791 as part of the Constitution's Bill of Rights.

Caetano said she carried the stun gun for self-defense because her former partner was violent and abusive.”