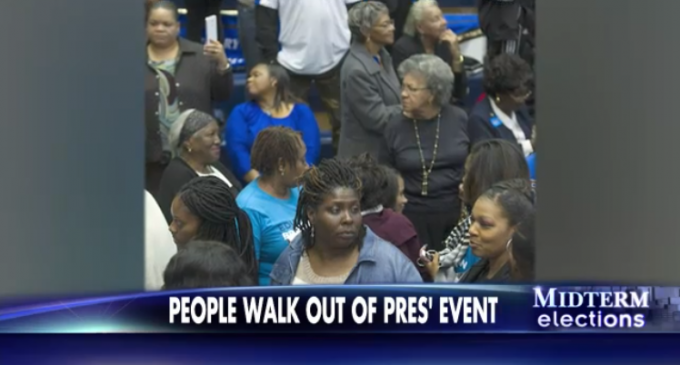 This past weekend Obama spoke in Prince George’s County, Md., a heavy African-American county where back in 2012 he won 90 percent of the vote. He spoke not far from the Barack Obama Elementary School.

This was obviously suppose to be a very Obama-friendly county. Still, before he had finished his speech former supporters walked out on him in droves.

The Washington Post writer who observed all of this, Dana Milbank took up calling him “President Pariah” following the Maryland campaign stop.