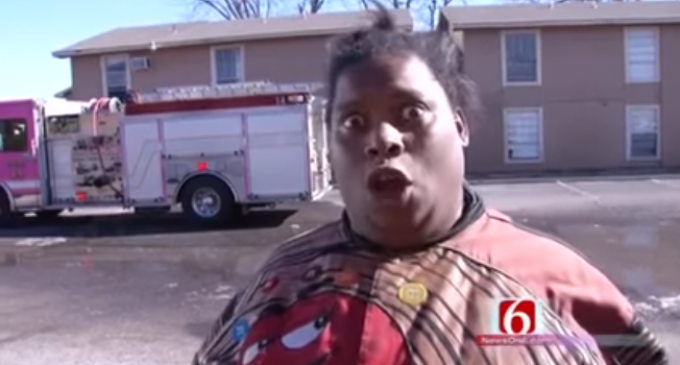 Michelle Dobyn, a resident of Tulsa, Oklahoma, had a weekend that would leave most in an emotional state of mind, but not even a day as bad as the one she was having prevented her from giving what might be the greatest news interviews in recent memory.

After a fire raged through her apartment complex, she delivered the story of her escape from start to finish in vivid detail, complete with facial animations and pitch changes. While she and her family will have to find a place to live for the new few days, her news appearance has gone viral and captured the attention of people all over the country. You can watch the video in the player below. As she tells the tale, it's difficult not to enamored by it.