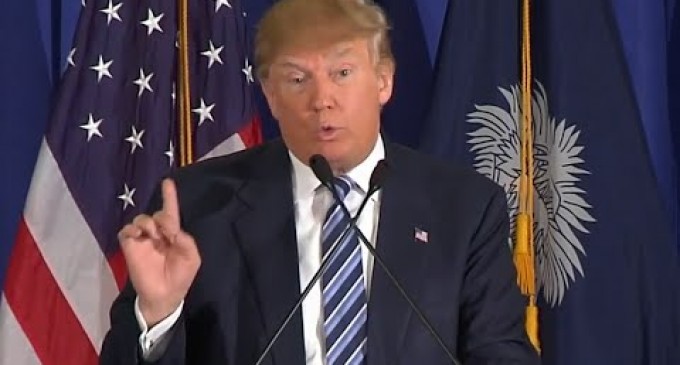 Since starting his presidential race last year, Donald Trump has boasted about self-funding his campaign. Now, however, it would seem that he is looking for donors to help. Trump needs at least a billion dollars to complete his White House bid, according to reports by Politico. So far, he's raised $48 million of that one billion dollars, but there's still quite a bit of ground to cover. And that's still nearly four times less than Hillary Clinton, who has raised about $180 million.

Is that gap really that surprising?

Hillary Clinton, who has bragged about not receiving any money from potential terrorist organizations and the oil industry has not only been receiving money from both of those sources, but has openly lied to the American people about it. Trump might be lacking in donations, but at least he's not lying about where they're coming from.

But now, Trump supporters have a new problem to worry about. It would seem that an unauthorized number of super PACs are using Trump's name to raise money, meaning they're scamming people looking to donate money.

Read more about the Donald Trump Scam PACs on the next page.