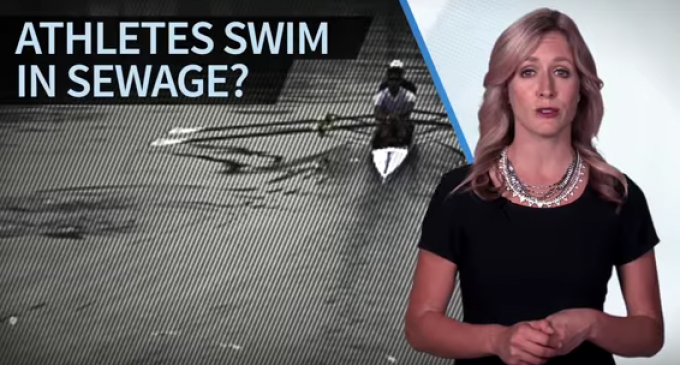 Athletes participating in the water portion of the olympic games in Rio have been told to keep their mouths closed. For those of you who don't remember, when Brazil bid to host the olympic games, the government promised to stem the foul waste in Guanabara Bay.

Since then, it's been reported that shortages in funding have prevented them from fulfilling that promise, and the bacteria in the bay is actually getting worse.

To give you an idea of what the problem looks like the rivers flowing into the bay are pure sludge, and pipes have been installed in many of the houses, which take sewage from the home and drain it into the water. This means that olympic athletes will literally be swimming in human feces. According to scientists, the pathogens in the water can create rota viruses that can cause diarrhea and vomiting.

Read what else it can do on the next page.