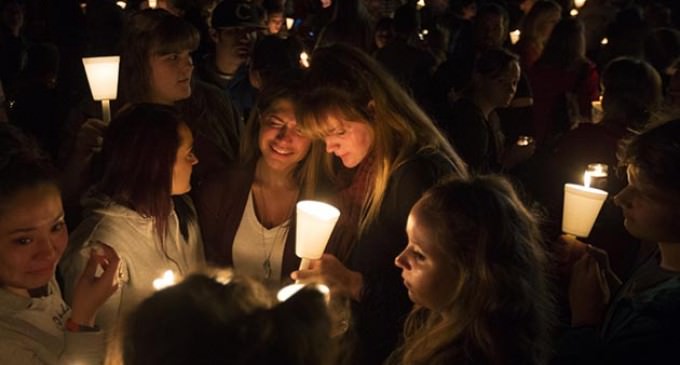 Liberals are known for lying and for fabricating data to move their agenda forward, because the ends justifies the means. And Liberals will always believe that their intentions are pure as the driven snow, so even if their “facts” are a bit dicey, it is alright because they and we end up with the “right” outcome. That is true in many, many favorite Liberal fetishes, but none more so than the anti-gun effort.

The Liberal screed is that gun free zones are beneficial because somehow the bad guys will stay out of those areas. In fact, it really makes more sense to say that concealed carry permit holders could help prevent or mitigate the damage in public places when an out-of-control person with a weapon is in public, and it may even be fair to say that criminals prefer gun free zones, knowing that they will not be challenged. Michael Bloomberg has poured money into his “Everytown for Gun Safety” group, with the ultimate objective of disarming all of America, except of course armed security details to protect truly important people like Bloomberg.

Fortunately, there is a counter group that is dedicated to showing the lie when Bloomberg publishes his dishonest anti-gun research which the media obediently repeats. But the Crime Prevention Research Center (CPRC), founded by Dr. John Lott, is aggressive in researching and countering the lies. Dr. Lott is a statistician who was reliably anti-gun when working as a college professor, but did some research on guns and ended up publishing his findings in a book titled More Guns, Less Crime, published in 1998. Dr. Lott has become a leading expert in gun rights, and the CPRC is a non-profit that is not supported by the firearms industry in any way, but does extensive research about gun rights and statistics.

What they find is often truly astonishing.

Check out the graphs that put the lie to Bloomberg on page 2: