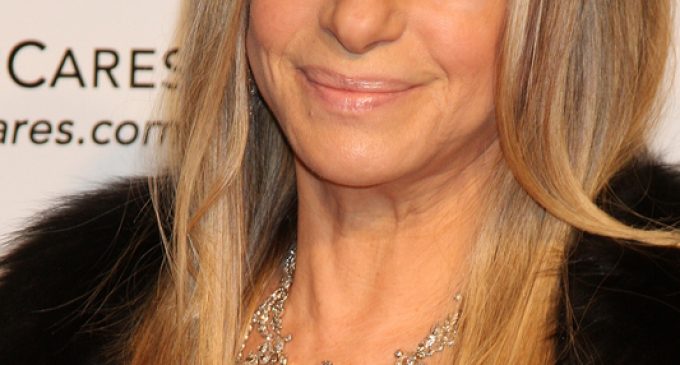 Barbra Streisand is on the prowl to prove she’s nothing more than another leftist Hollywood star out of touch with reality, once again. Although Streisand enjoys an incredible career with Billboard stats to match the strength of her pipes, that seems to be her only talent. Every time she opens her mouth another comment comes out that only serves to mock her own party.

Memorable moments include gems such as bashing Donald Trump for criticizing Meryl Streep after she lambasted him live at the Oscars. Completely missing out on the fact she was defending Streep while claiming only evil monstrous people feel the need to defend against lies.

But, what is truly monstrous is finding out the lady crying wolf about global warming spends $22,000 a year watering her yard and demands 12, 53-foot semi-trailers at each and every one of her concerts. Along with 120 full-size towels per bath.

But, in Streisand’s defense, she might actually be needing all those towels at bath time if she really thinks about Donald Trump as much she claims…