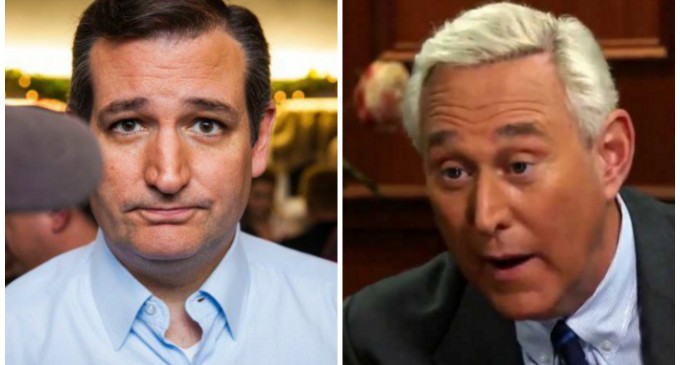 The Trump campaign contends, and is doing the footwork to prove, that the Cruz campaign is stealing delegates through voter fraud.  Roger Stone, political consultant, strategist and lobbyist told Brietbart that there is evidence of irregularities and fraud in Texas, Hawaii, Utah, Kansas and Oklahoma.

Stone believes Cruz should be put in handcuffs for this alleged fraud.  He claims, “the Trump people can go to credentials and challenge the seating of hundreds, literally hundreds of Ted Cruz’s delegates who were fraudulently elected.”

Referencing StopTheSteal.org, where one can find the Trump Ballot Security Project, Stone said that their is a toll-free 800 number for voters to report voter fraud.  The TBSP is investigating hundreds of complaints in Utah where Cruz won the Republican Primary.  This group was founded after the Texas Republican Primary, when the main stream media reported on dozens of irregularities.

Read more about Stone and the Trump Ballot Security Project on the next page.