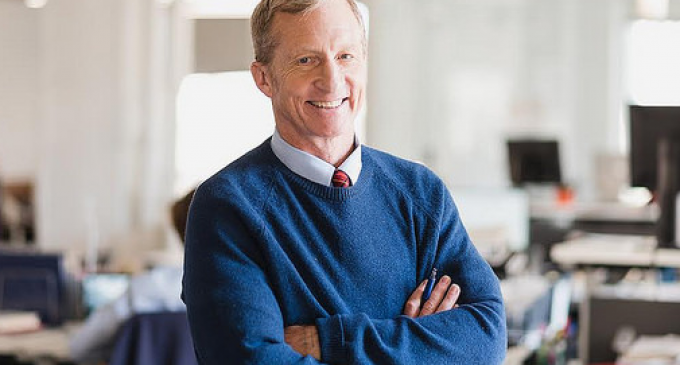 Left-wing billionaire Tom Steyer pined for a “nuclear war” to provide a “real course correction” to Donald Trump’s presidency during an interview published by Rolling Stone.

This one-upped Bill Maher, who ‘only’ went so far as to call for a recession in order to out Trump. After the backlash, Maher doubled down on his comment. “A recession is a survivable event,” he said. “What Trump is doing to this country is not. Democracy is about to go the way of the dinosaurs because we’ve been taken over by a dodo bird.

Maher only wants millions to suffer in order to satiate his hatred, Steyer could see billions die.

Now the billionaire that is bankrolling the Trump impeachment movement has raised the bar for delirious rage to the highest conceivable level. Turn the page: