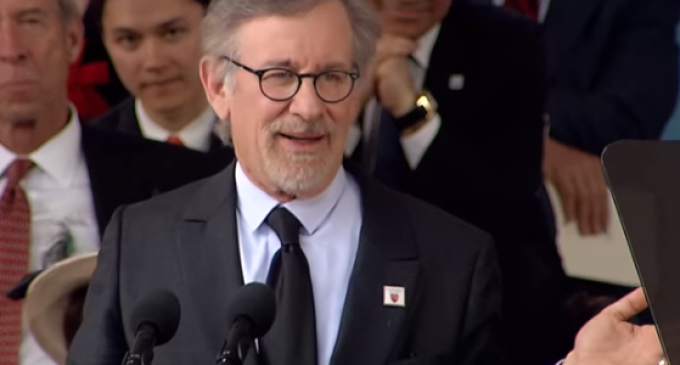 Considering how despicable the left finds Donald Trump, one would think they would have no problem attacking him on his own record. Instead, liberal politicians and Hollywood blowhards continue to falsify his stances on issues in order to vilify the Republican nominee in the eyes of our country's low information voters.

College students — perhaps the lowest information voters of them all — seem particularly suseptible to the left's character assignations of Trump. Hence, it should come as no surprise that this graduation season has seen multiple reports of commncment speeches that are little more than thinly veiled anti-Trump propoganda.

The latest example comes from Steven Spielberg, who used his speech at Harvard University to solidify the common liberal lie that Trump intends to rid our country of immigrants.