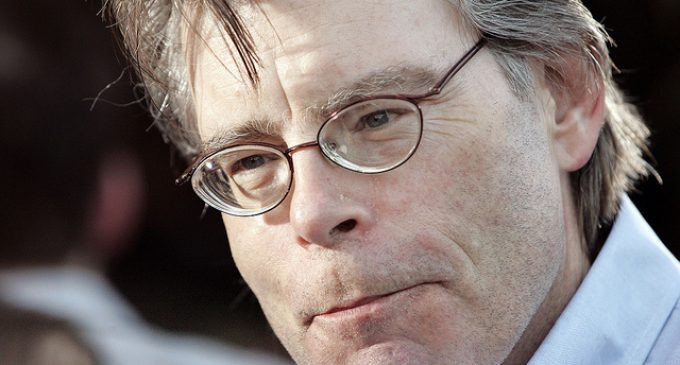 In a recent episode of “Celebrities Making Utter Fools of Themselves,” novelist Stephen King has kept up his Twitter barrage against President Donald Trump.

Yesterday’s tweet was similar to other recent ones from such intellectual giants as Maxine Waters and Chelsea Handler, who advocates a military coup against the president.

What is it about celebrities that they think the general public remotely cares about their political views?

These people are supposed to earn their livings by allegedly entertaining us, not by annoying or irritating us. Those trying to sell books, produce films that are box-office successes, or get us to give up our time to watch them on television lack a basic understanding of marketing principles.

Alienating half your potential audience is not a pathway to success. Don’t these people have agents who can advise them? After all, the agents get a nice cut of what their clients earn.

On the next page, find out the line the horror novelist crossed regarding President Trump and why his tweet raises more issues than it addresses?