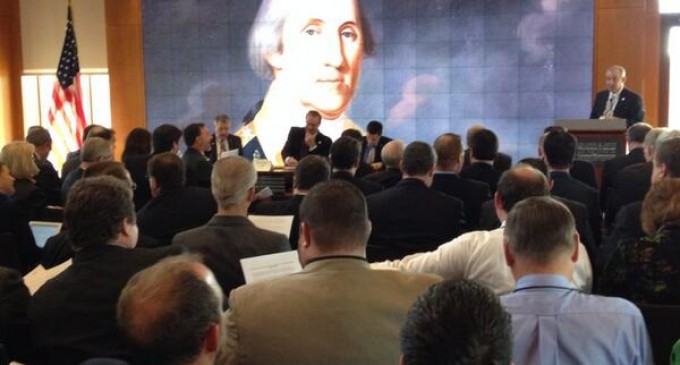 In a breath of fresh air, 97 state lawmakers from 32 states descend on Mount Vernon, VA to amend the Constitution.

Congress usually amends the Constitution, but our founding fathers created a fail safe in case of a runaway federal government: Convention of States

2/3 of state legislators must approve an application for a COS to occur. State legislatures would then send one delegate to the convention. For an amendment to become a part of the Constitution, it would have to be approved by three-fourths, or 38, of the state legislatures.

The war for your freedom is on the line here!

1) Share this post
2) Call your state lawmakers and DEMAND that they move forward with the Convention of States! If we are to win this war upon our freedoms by our federal government we must all participate!