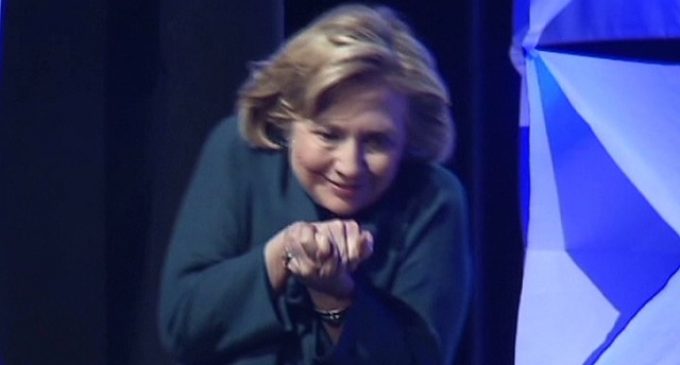 Hillary Clinton's obsession with enriching herself at the cost of sacrificing what little dignity she had to start with would be laughable if it weren't so consequential.

Ever since Bill and Hillary first set up shop in the White House, the Clintons have done everything they could to make themselves better off. Whether that meant everybody else got screwed over in the process was besides the point: the point was that the two Arkansas politicos could live a life of luxury that few Americans ever would.

While this venal nature expressed itself primarily through selling themselves out to everybody from corporate interests to foreign governments, both Bill and Hillary engaged in some truly downright embarrassing behavior as they attempted to enrich themselves in any way possible. Conservatives might remember reports that the Clintons stole furniture from the White House after Bill's second term ended, a habit that it appears Hillary has had trouble shaking off.