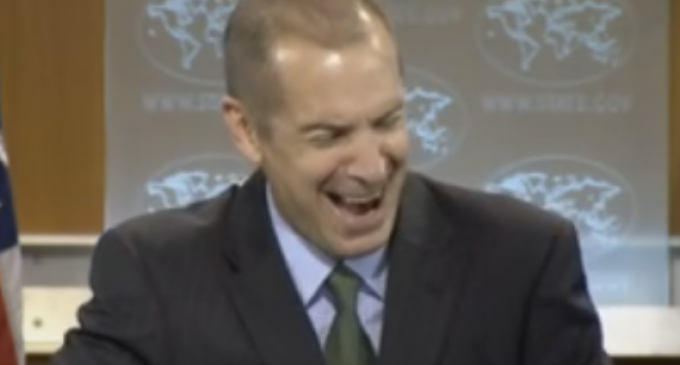 When one thinks of the State Department and the administration that leads them, the word “transparency” isn't exactly the first thing that comes to mind. In fact, it's probably the most distant word in your thoughts.

Throughout the Obama Administration's eight years in the White House, the American people have been lied to, deceived and brainwashed. Never in American history has American society been so lost.

This is why when the State Department, the very people who are responsible for international relations releases statements, one should think twice about what they're saying, especially when their spokesperson gets up to the podium and starts laughing at the very thought of an honest administration.

Yes, you read that right. A spokesperson for the U.S. State Department got up to the podium and started laughing when he mentioned the word “transparency”. Apparently not even he believes the things he's saying.