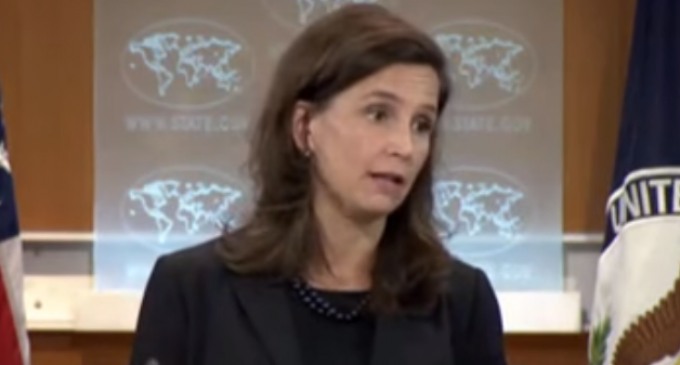 The State Department must be feeling the heat from the White House, because it's frantically trying to clean it's records of information that contradicts the Obama administration's narrative.

Few stories about President Obama's foreign policy have drawn as much outrage in the mainstream media as his foreign policy advisor's recent admission that he intentionally misled the public about the Iran deal. A failed writer, Ben Rhodes seemed to gloat over his attempt to pull the wool over the American people's eyes.

One particular detail in Rhodes' boast, that the administration made no secret of it's talks with the Iranians before the deal was ratified, drew considerable attention because it blatantly contradicted the White House's earlier line on the matter.

Back in 2012, State Department spokesperson Jen Psaki refused to disclose the existence of such talks with Iran, claiming that there were times when “diplomacy needs privacy.” I would tell you to listen to her comments for yourself, but the video appears to have been scrubbed from the department's website and Youtube channel!