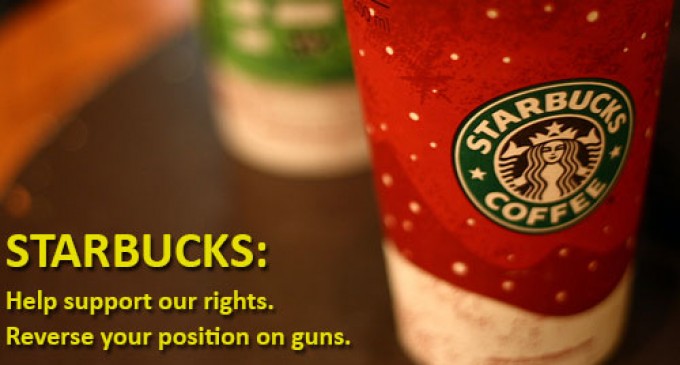 Starbucks has changed their position on allowing patrons to bring guns into their establishments.

Citing that they want to give customers a ‘safe and comfortable respite from the concerns of daily life”.

In other words, they will support the second amendment so long as it doesn't hurt their sales!

I was very happy to hear that they were standing up for our constitutional rights, now I am very disappointed that they, like every major corporate interest, have placed profits above people.

Is this the way we fight for our rights?

ACTION: Place your comments to the Starbucks CEO Howard Schultz to this post. We will forward all comments directly to Starbucks.

Starbucks has requested that customers leave their firearms at home, shifting company policy amid an increasingly fractious debate over US gun rights in the wake of multiple mass shootings.

Chief Executive Howard Schultz said the request is being made in part because more people have been bringing guns into Starbucks over the last six months, prompting confusion and dismay among some patrons and employees.

In an open letter to customers, Mr Schultz said: “Our stores exist to give every customer a safe and comfortable respite from the concerns of daily life.”