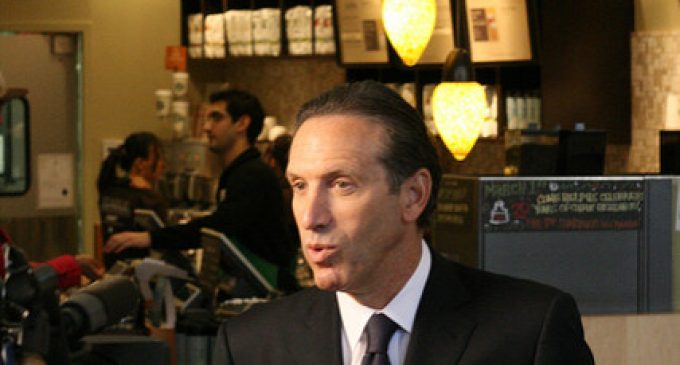 Starbucks made a poor decision when concluding that part of its business was to advocate for left-wing causes. Perhaps CEOs get bored with their jobs, or just let their emotions get the best of them, but when they decide to use their companies to advocate for highly politically-charged issues that have nothing to do with their businesses, they are taking an unnecessary risk.

Starbucks' decision to enter the immigration debate on the side of the left is putting a dent in its brand and sales according to Credit Suisse. More on page two.