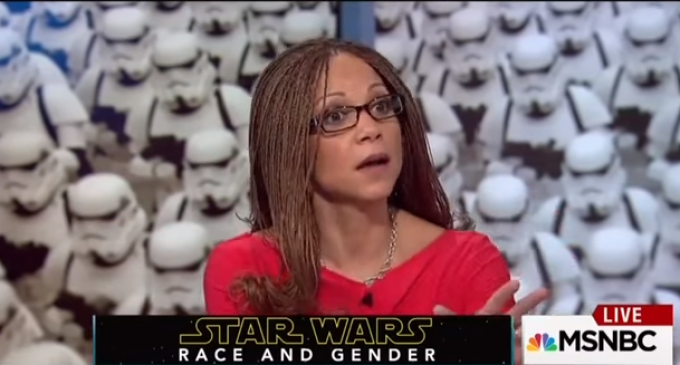 One of the defining traits of liberals is their ability to make anything and everything about race, even if the subject in question has absolutely nothing to do with it.

Just today, Melissa Harris-Perry went out of her way to make my point, claiming that she has mixed “feelings” about Star Wars because of her interesting take on the series' iconic villain, Darth Vader. Extrapolating from the black armor the character is known for, Harris-Perry asserts that Vader himself is black and insinuates that his villainy is part of a long tradition of demonizing blacks in culture and media.

Her guests' silence suggested that they were astonished by Harris-Perry's “reasoning” (if you can call it that), with the only verbal response coming from Wesley Morris, who meekly asked, “Really? You could?” when she expressed her distaste for James Earl Jones' voicing of the character. Other than that, the MSNBC host spewed her unhinged assessment of the science fiction franchise unimpeded.

Turn to the next page for more about this unbelievable story: