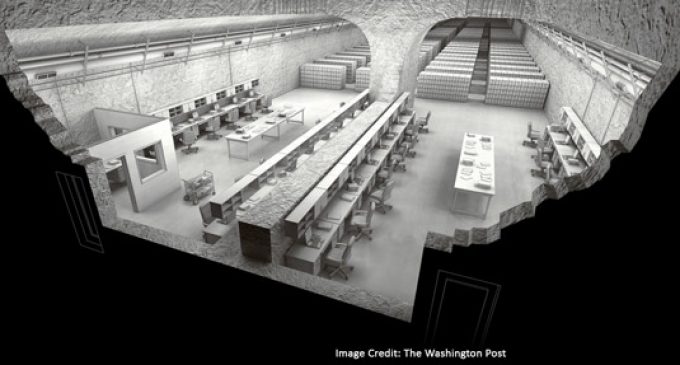 The town of Boyers, PA hides an unshakable – and costly – legacy of government bureaucracy that has resisted attempts to downsize and automate it since it was set up in the 1960s.

inside the caverns of an old Pennsylvania limestone mine, there are 600 employees of the Office of Personnel Management. Their task is nothing top-secret. It is to process the retirement papers of the government’s own workers.

But that system has a spectacular flaw. It still must be done entirely by hand, and almost entirely on paper.

The employees here pass thousands of case files from cavern to cavern and then key in retirees’ personal data, one line at a time. They work underground not for secrecy but for space. The old mine’s tunnels have room for more than 28,000 file cabinets of paper records.

This odd place is an example of how hard it is to get a time-wasting bug out of a big bureaucratic system.

Held up by all that paper, work in the mine runs as slowly now as it did in 1977.

After several attempts to modernize and automate the system, costing over $100 million, the OPM is substantially unchanged, charting an average waiting time of approximately 60 days to process the files concerning each government employee who submits for retirement.

The Office of Personnel Management is a great example of the many systems that allow complexity and expenses to multiply wildly when government becomes involved. Government is simply not set up – and was never intended by the founders – to have its fingers in many endeavors that the private sector handles efficiently and profitably. And for every additional, unnecessary federal system or program, like ObamaCare, for example, stresses and costs are multiplied in many wasteful, hidden ways.