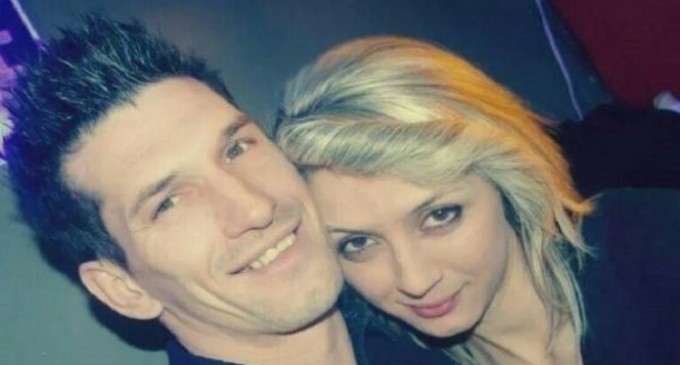 A Bosnian man from St. Louis, Zemir Begic, died yesterday after 3 teens beat him to death with hammers in front of his wife. Begic was struck in the head, abdomen, face and mouth.

The wife states that the killing must have been a hate crime as nobody knew the man in the community. She also states that Begic handled the incident in such a way as to give his life up for hers.

The Bosnian community is protesting alongside Ferguson protesters over Begic's death.

Every version of the story has omitted the race of the attackers.

On Sunday night, a group blocked traffic on Gravois Avenue near Itaska Street.

All of this for 32-year-old Zemir Begic, who was killed early Sunday morning after police say at least two teenagers beat him with hammers.

“That is out of anger because he doesn't deserve this and most of these people don't even know him,” Bejic's wife, Arijana Mujkanovic, said.

She says she was there and witnessed her husband's brutal death.

“The last thing he did before he actually died was pull me out of the way and put himself in front of me, basically giving up his life for me,” Mujkanovic says.

Now, a memorial marks the spot near where Begic lost his life.

Community members began gathering Sunday afternoon, then spilled over into the street. Police showed up, approached the crowd and began to talk.

St. Louis Metropolitan Police Captain Dan Howard rounded up the crowd, telling them they have two teenagers, 15 and 16-years-old, in custody.

“One thing you should know we will keep you in the loop,” Captain Howard said.

Police Chief Sam Dotson said they are making good on that promise.

“We have a nickname of another suspect, so we will have that suspect in custody and I am sure we will get the names of the others that were there as well,” Chief Dotson said.

Most of those blocking traffic say they don't feel safe in the Bevo Mill neighborhood and want to see a change.

“We build this neighborhood here but we are not safe here anymore,” one community member said.

“You are safe,” Captain Howard replied.

Before leaving the scene, Chief Dotson thanked the group for bringing up their concerns.

“The whole idea of standing out in the street is to get our attention, you got my attention,” Chief Dotson said.

Chief Dotson says it was an isolated incident and was not targeted because he was Bosnian.

Dotson says he will increase the patrols in the area on the streets, and sidewalks, effective immediately.