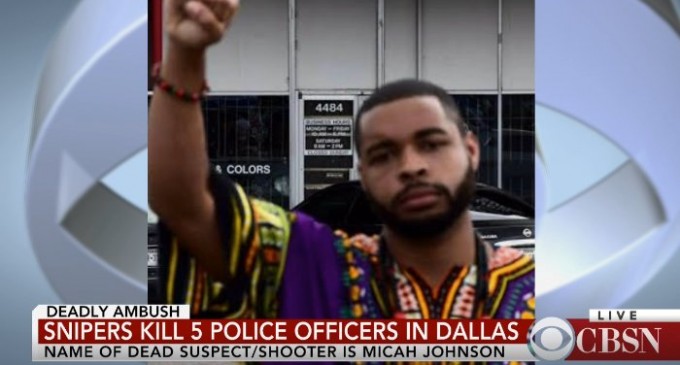 In the aftermath of the Dallas, Texas sniper ambush that saw 12 police shot, 5 of whom died, United States Attorney General, Loretta Lynch released a statement. Predictably, she managed to begin the spin of this tragedy to fit the socialist narrative of the Obama Administration.

One of the suspected shooters who died in the incident has been identified by police as Micah Xavier Johnson. He showed an affinity on social media for black separatist groups including The New Black Panther Party and the African American Defense League. The League posted on Facebook after the massacre: “ATTACK EVERYTHING IN BLUE EXCEPT THE MAIL MAN, UNLESS HE IS CARRYING MORE THAN MAIL.”

But AG Lynch was unwilling to pass up a chance to push her Administration's agenda. Embeded in her call for public order, Loretta Lynch had to capitalize on the tragic deaths and injuries of police officers and civilians. Check out the videos starting on the Next Page, including some shocking moments from the event and Lynch's tainted statement. WARNING: some of the video footage is graphic.