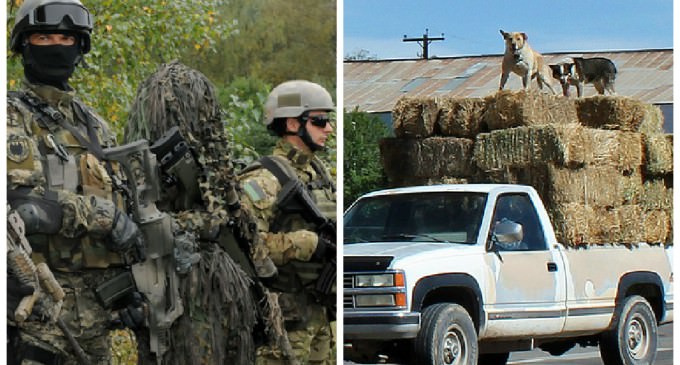 U.S. Special Ops soldiers successfully infiltrated and occupied the small town of Barstow, California last Wednesday using rental and hay trucks – afterwards they claimed ‘mission accomplished' because ‘nobody suspected a thing', as detailed in a report by the Desert Dispatch’s Mike Lamb.

This was very likely part of the Jade Helm 15 operation, although the article didn't specifically state so, which it supposed to involve soldiers operating “undetected amongst civilian populations.”

Listen, our Special Ops forces are the most bad-ass trained forces on Planet Earth. These intelligent and accomplished men do not need to train to invade a small town in hay trucks…

What the HELL is going on here?

Go to Next Page: