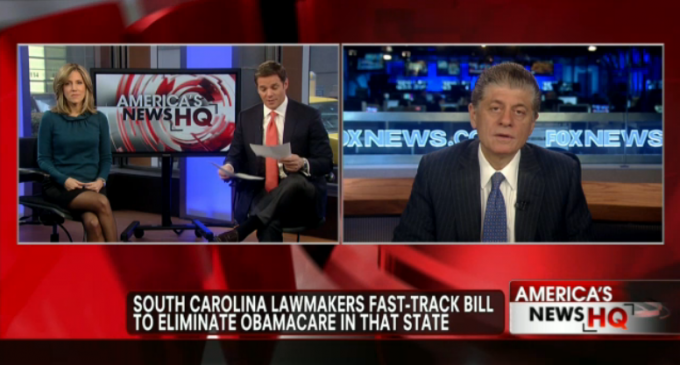 South Carolina is just about to pass a law that ends Obamacare in their state.

They are basically fast-tracking a law that says their state government employees can’t participate in facilitating the law or use state funds to support the law.

According to Judge Napolitano, if enough states did this it would end Obamacare completely. The problem is that there are many Republican governors who are going along with Obamacare implementation…

Translation: Republicans in those states need to get more actively involved in their state government!

WE have the power to end Obamacare, to gut it completely. And I hope that, after enough people see what South Carolina is doing, other states follow suit after pressure from their state’s populace.