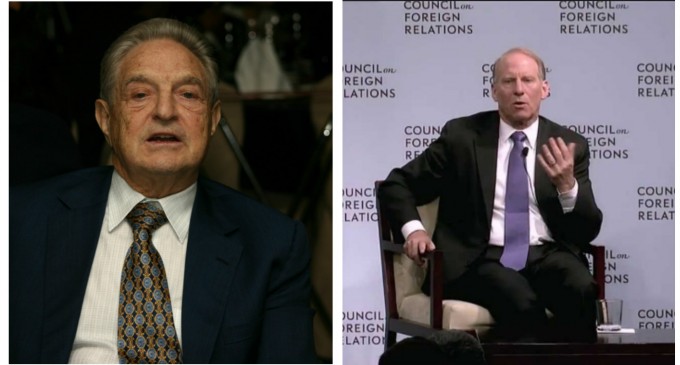 Most people would find it shocking that in our “cultured, civilized” western society today, there are wealthy, respected political and government leaders willing the see tens of thousands of people murdered in order to expand their own power and wealth. This is not theoretical, it is happening now, and it must be stopped. The difficulty is that much of the workings are hidden behind bogus humanitarian and statesmen like  efforts and proposals, but it is there for those willing to see and recognize what is going on.

Since the close of World War II, and presumably well before then, there has been a cadre of wealthy power brokers determined to do away with national borders and to have a “one-world-government.” It is not difficult to sell the benefits in the abstract, such as suggesting the potential for continual world peace and universal economic integration. The implementation is much more complicated, with cultures, language differences and geography getting in the way, plus the difficulty of who rules and from where. But certainly since the days of the Marshall Plan, which suggested there should be a European economic unification, but ended up settling for an economic cooperation, there have been those who were determined to do away with national borders. These power junkies always imagine themselves as benevolent dictators, leading the world to a better place, always with themselves as the ultimate manager and potentate.

The recent decision by the U.K. to back away from the European Union has the globalists in a panic as they now seek greater unification before more countries follow the lead of the Brits. What the “one world” elites have done so far to cause chaos and death is shocking and terrifying. What they will do to bring EU members to task is even more frightening.

The other disastrous aspect of this scheme is what has been done in the Middle East to cause a crisis of refugees and destroyed countries. It seems to have gotten out of control, and the globalists need to come up with a way to bring order back to the unification process.

See more on unifying the world through force, page 2: