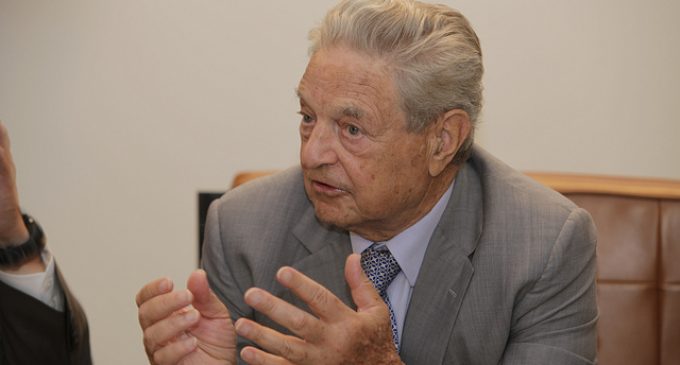 Knowing voter fraud played a big roll in Hillary Clinton’s popular vote total in the 2016 presidential election, President Donald Trump has created an Advisory Commission on Election Integrity to analyze data from all 50 states to determine the potential for future voter fraud.

Some states are balking at the Commission’s requests, or only partially fulfilling the requested information.

Behind the scenes, former Nazi collaborator and left-wing billionaire George Soros has encouraged non-profit groups he bankrolls to file lawsuits to thwart the work of the commission. Voter fraud and manipulation are just a couple of the means he and the Left use to achieve their sordid ends.

A long-time advocate of open borders and sponsor of opposition groups fomenting phony revolutions in Europe and the Middle East, Soros’s tentacles are intertwined in groups with high-minded names that seem innocent on the surface.

Find out what groups are fronting for Soros in America as part of his drive for globalist control of economies and governments worldwide. The details can be found on the next page.