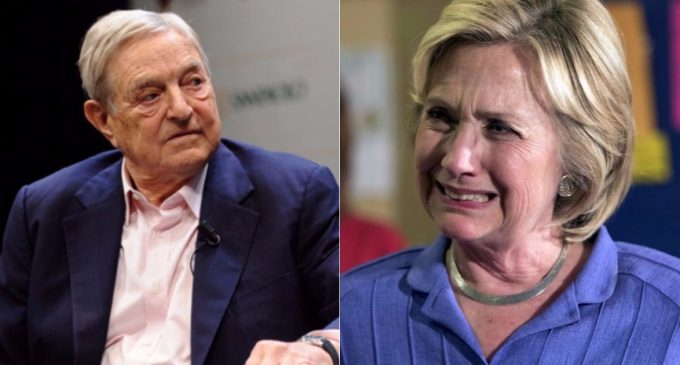 Looks like George Soros is turning on Hillary Clinton. A Washington DC-based nonpartisan election law nonprofit, the Campaign Legal Center (CLC) filed an official complaint with the Federal Election Committee (FEC) this week over Hillary for America and the DNC’s commissioning of the discredited “pee-pee dossier”.

The media has always tried to make President Trump out to be a crazy deranged conspiracy theorist.

But, on major issues, he has always been proven to be right. Remember how just 8 months ago Trump was called a lunatic for claiming Trump Tower was wiretapped. Now it is a universally accepted fact. Just like the emerging evidence that Democrats and Clinton campaign surrogates colluded with Russian intelligence officials, and “possibly, given reports of FBI payments to the dossier’s creator, elements of the Obama era Justice Department.”

The globalists have been caught. Soros is backing out. Hillary Diane Clinton is about to be fed to the wolves to protect the pack. Believe me, on this – head on over to the next page to learn how Soros funded ‘non-profits’ are starting to go after Hillary Clinton on charges of corruption and collusion.