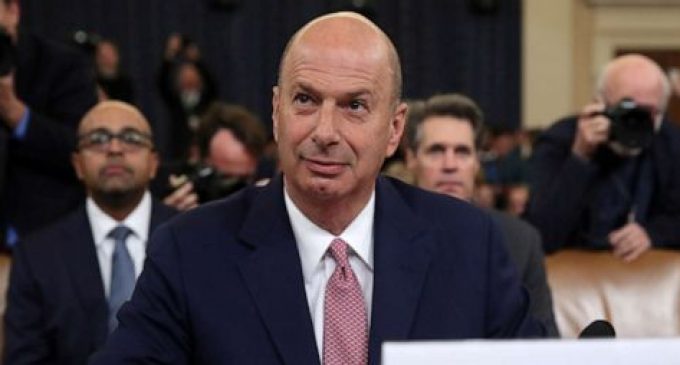 European Union Ambassador Gordon Sondland, yet another “star witness” of the Democrat-led Intelligence Committee, was on Capitol Hill today to attempt to further the Schiff narrative that President Trump was looking for investigations into Joe Biden in return for the military aid package to Ukraine.

The condition of one thing for another, referred to repeatedly by the Democrats and media as “quid pro quo” (another term for bribery) has been the main point of focus for Schiff’s crusade against the president and Sondland was supposed to be another large part of this effort to undermine Trump claims that the call to Ukraine was a “perfect” call.

As Gordon Sondland soon showed, however, even Schiff could not have predicted that his “bombshell” witness would provide evidence that was absolutely contrary to the accusations against President Trump.

Read on the next page how Republican House members on the Intel Committee managed to pry from Ambassador Sondland that President Trump was not asking for a this-for-that exchange and that he was not even included on the phone call that set all this into motion!