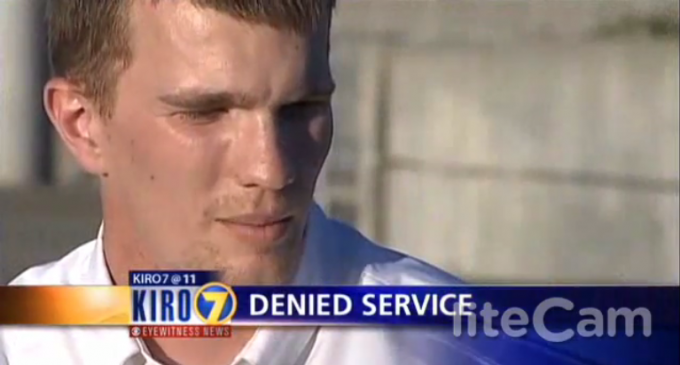 Last Wednesday, Collin Brown strolled into a 7-Eleven in Redmond, Washington to buy a Slurpee for himself and cigarettes for his fiancee. When the clerk asked Brown for proof of age for the cigarettes, the Army reservist presented his military ID.

Brown claims that the clerk then refused to serve him, stating the reason was specifically because he was in the military.