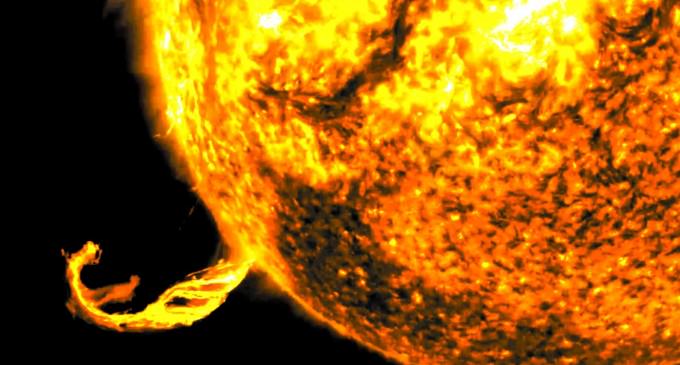 As if the United States (or at least the western part of it) doesn't have enough – earth related – weather problems to worry about. Scientists are now saying that people need to be prepared for disastrous space weather, as well. With mankind's heavy reliance on technology, the threat of a solar storm is actually something that people might want to take seriously. While nothing like that has happened since the mid-19th century, scientists are predicting that it could wipe out technology and plunge the world into darkness.