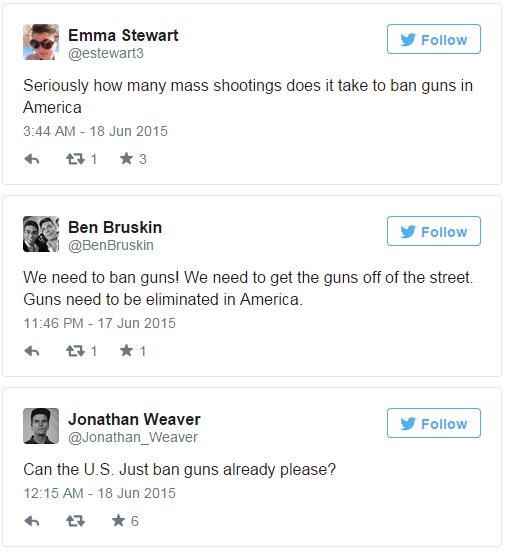 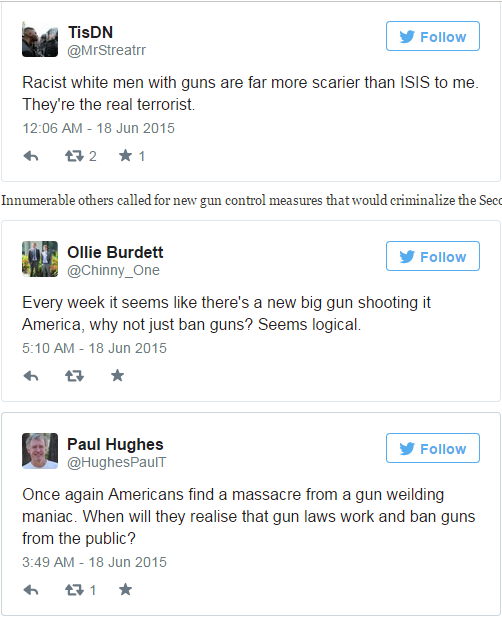 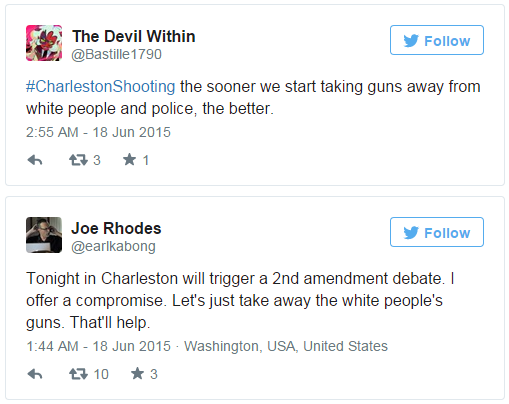 The fact that black people are responsible for half of all homicides in the United States despite making up only 13% of the population would seemingly dispel the notion that disarming only white people makes any kind of sense.

Despite being outnumbered by whites five to one, blacks commit eight times more crimes against whites than vice-versa, according to FBI statistics from 2007. A black male is 40 times as likely to assault a white person as the reverse.

Figures in other countries show a similar trend, with half the victims of racial murders in the United Kingdom being white.

Incidents involving hate crimes, including murders, where the perpetrator is black and the victim is white are almost universally ignored by the mainstream media.

Law abiding blacks should not be made to feel guilty for disproportionately high black homicide rates, but by the same token law-abiding whites should not be blamed for events like the Charleston shooting.

We can surely expect more shootings and calls to kill the 2nd amendment. While this will not likely happen outright, when it hits the fan in this country, you can bet that gun confiscation will be attempted and all the liberals will fully back the government doing so.