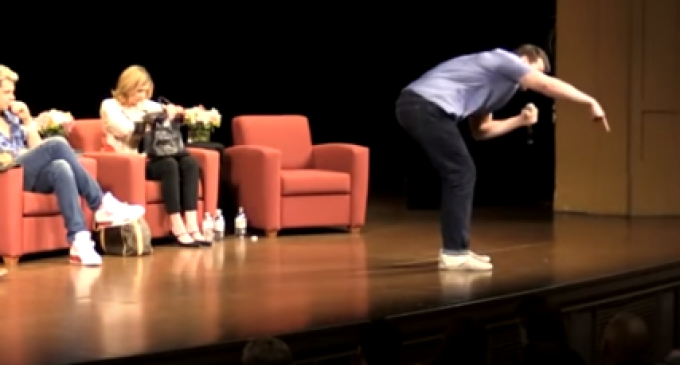 There's nothing more satisfying then watching a social justice warrior get owned by a guy with a microphone in front of an entire crowd of people. Seriously, if YouTube has taught the world anything, it's that you don't insult the guy with the microphone. It's not going to end well.

That being said, after spewing some obnoxious comments about racism and bigotry to an open panel of Conservative comedians, three liberal activists in the front row, got exactly what they deserved, and the crowd loved every second of it!

The event was called “The Triggering: Has Political Correctness Gone Too Far?” and featured radio host, Steven Crowder, Milo Yiannopoulos and Professor Christina Hoff Sommers. It took place at the University of Massachusetts, so naturally it was filled with liberal students who were only there to heckle the attendees and those on stage for their Conservative beliefs.

It took less that ten minutes for Steven Crowder to decide he'd had enough of the hecklers and literally went on a tyrant that wasn't just hilarious, but it was also full of truth.