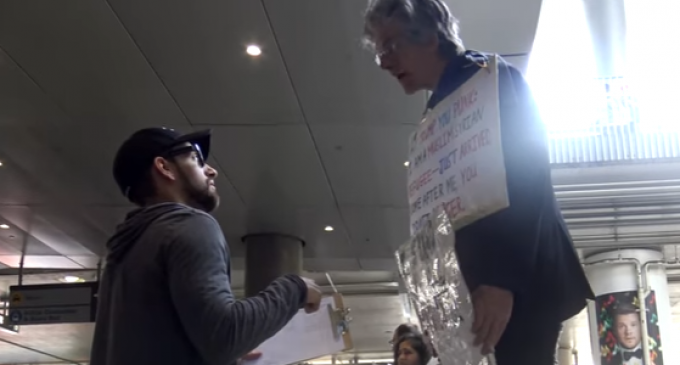 The left have always been pretty consistent in their hypocrisy and contradictions, but ever since Donald Trump took office, it's become so obvious and apparent that you would literally have to be blind, deaf and dumb not to notice. Democrats are trying everything they can to prevent the temporary ban on Muslim immigration. What is their reasoning, though? They're making it sound like Trump is banning all Muslims forever. If you were to turn on your computer or tune in to CNN or MSNBC that's certainly the impression they would give you. However, if you were to dig a little deeper or get your news from unbiased source you would know that this ban isn't a ban as much as it's a temporary halt in order to better vet who comes into the country.

But that's not even an argument the left is willing to have. Anytime they get a chance to cry racism or Islamaphobia, they jump on it with such vigor, they don't care if their beliefs contradict the facts. You can bet that if Sharia Law were initiated in the places they were from, they'd be taking a new stance pretty darn quick. They're out there with signs protesting at airports because Donald Trump wants to be careful about letting in people whose religion goes against everything the left claims to believe in, like women's rights, gender equality, LGBT rights. But hey, Donald Trump is for it, so by all means protest something you don't seem to quite have a handle on.

In a video you can watch on the next page, this hypocrisy is brought to light by Joey Salad as he asks protestors if they would let Muslim refugees stay with them.