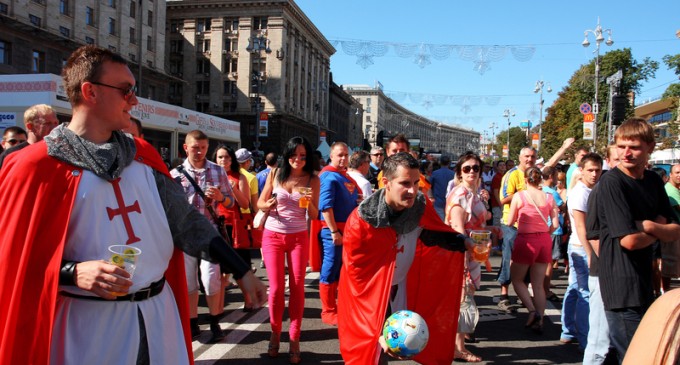 Britons, rejoice! The state-controlled British Broadcasting Network is finally offering directives on how to be a properly P.C. sports fan — in case you were concerned.

The BBC's latest public service demands come as a means to not offend — who else? — Muslims in Europe.

Much like how the Washington Redskins have been attacked endlessly by stateside social justice warriors for its apparent “racist” mascot, the Crusader is now under attack for being insensitive to people who practice Islam.

As such, costumes depicting such men have become a no-go for the country's soccer-going public, because nothing fun or whimsical is ever allowed in our increasingly politically correct world. Instead, even our most joyous sporting events have been taken hostage by a vocal, perpetually-offended minority.

The BBC tried to reason away their lunacy, but their justification is predictable pathetic. See what they had to say on the next page: