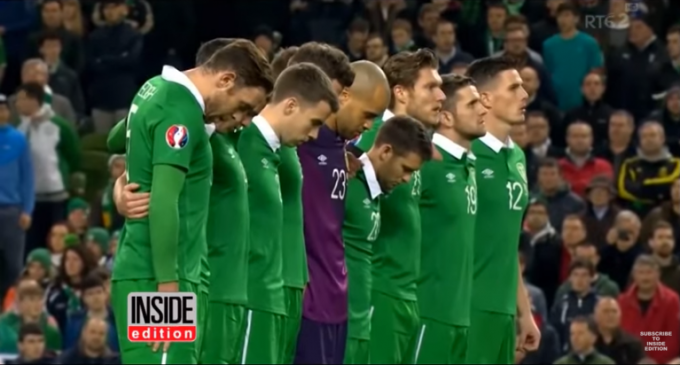 Disdainful describes many of the fans at the Turkey vs. Greece, who ignored the moment of silence, to mourn the victims of the Paris attacks, and instead infected it with barbaric jeering and booing. The cries of ‘Allahu Akbar’ infiltrating the stadium with intentional hate-filled rhetoric.

The vicious nature of Islam was once again on display, as human life holds no value and respect for the victims of a heinous crime was celebrated.

Attendees tweeted out the irreverence of many in the crowd. One man stated: “DISGRACE: Minute of silence for #Paris Massacre booed at Turkey-Greece game, followed by chants of Allahu Akbar, both PMs in attendance.”

On page two watch for yourself the demonstration of what this religion is really like at its core. Islam is not a religion of peace, nor is  it a religion of life and well being.