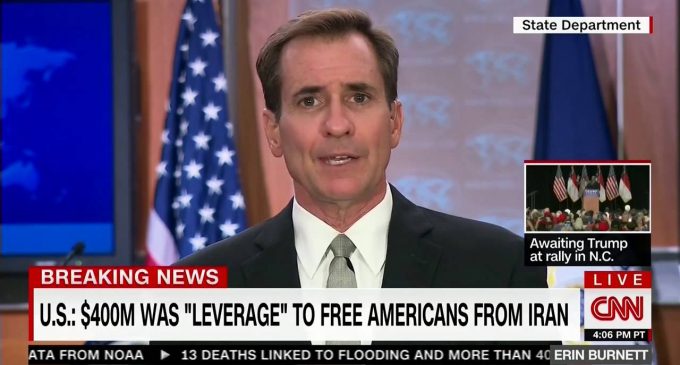 It looks like the State Department is having a hard time explaining away the Obama administration's payment of $400 million to Iran in exchange for the release of 4 captured Americans.

Of course, they deny that it was paid in order to secure the release of the hostages: they insist that the transfer of the money was merely the end result of a 40 year old deal meant to be made between the US and the Shah of Iran that got held up when he was overthrown and the Ayatollah took over.

It was precisely this point that State Department spokesperson John Kirby tried to sell on Fox News, but to little avail. It didn't help that he referred to the payment not as a “ransom” but as “leverage” in order to get the Iranians to release the prisoners, basically undermining his and the entire administration's narrative surrounding the incident.

Watch Kirby's Fox News interview on the next page: