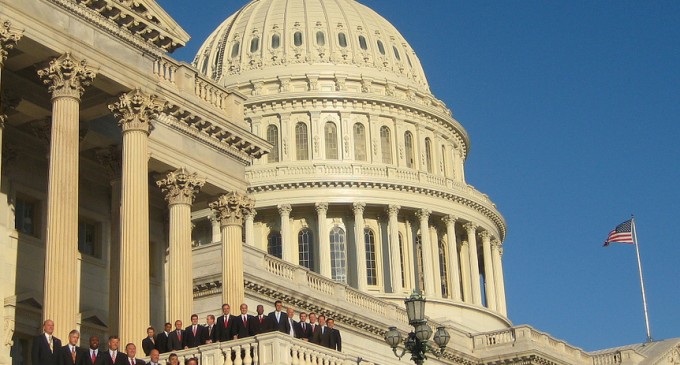 The support for presidential candidates Donald Trump and Bernie Sanders reinforce one perception in particular, which is that many U.S. citizens are tired of business as usual and the same tired rhetoric from politicians who are less and less believable each day.

When Barack Obama ran on “hope and change,” many people thought he meant it, but what they got was dashed hopes and more of the same bureaucracy and Washington control of their lives. The federal governments seems remote but intrusive, not interested in the problems faced by average working families, and anxious to buy votes by spending on programs and people who seem to be interested only in free stuff for themselves. In the meantime, hard-working American citizens see themselves losing ground, and there is a sense that politicians care only about themselves and the next election, but what can a person actually do about it?

It seems that there is an answer, and it's found in the U.S. Constitution. Is there a chance that citizens can take back some of the power they have seen slip away? That remains to be seen, but there is a movement afoot to do just that.

Plans for taking back the country, page 2: