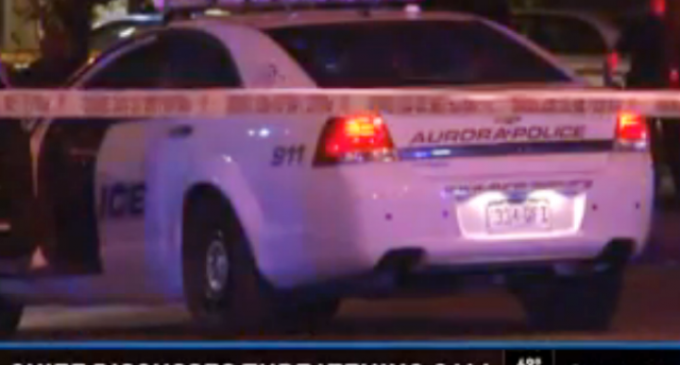 The recent spree of violence against police officers has only grown worse over the past week. The most recent of these attacks took place in the same city where James Holmes opened fire in a movie theater, killing 12 people. During a 911 call received on Tuesday, a caller made death threats against police officers in Denver and Aurora, and four hours later those threats proved to be real.