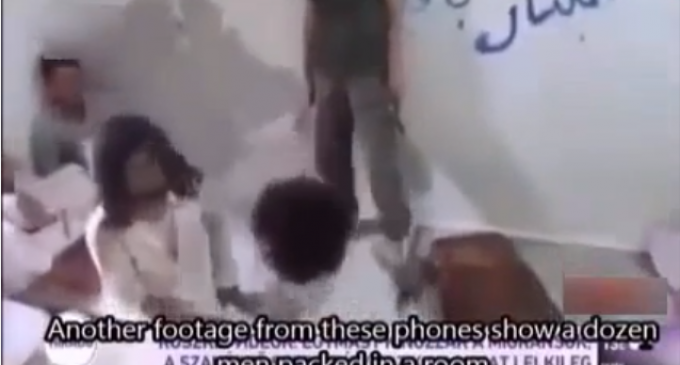 Shocking videos left on Muslims cell phones at the Hungarian border show these “refugees” practicing torture, to ready themselves, if they are captured and questioned (it is presumed).  If not shocking enough, a video has been discovered with an Muslim leader preaching the concept of breeding with Europeans to take over the west.

England introduced this concept hundreds of years ago under “Long Shanks” King Edward I, who was known for his brutality.  In Latin, the term is Prima Nocta, or “first night” which English nobleman would have first night rights to Scottish brides in order to “breed” the Scottish out and mix the nationalities (famously portrayed in the movie Braveheart).

Now, we have jihadists in Europe who are practicing torture rituals.  We have Muslim leaders calling for breeding the Europeans out of power.

videos and more news on jihadists in Europe next page