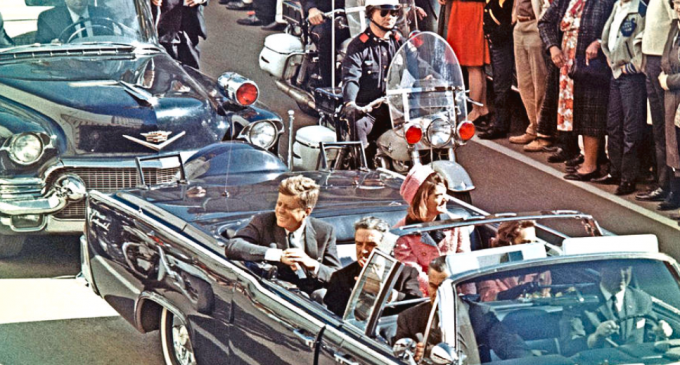 Some J.F.K. conspiracy theories blame the mafia, some blame the CIA while others blame the Deep State. In his book The Man Who Killed Kennedy: The Case Against LBJ, Republican political consultant Roger Stone lays the assassination at the feet of Lyndon B. Johnson, calling him the ringmaster. “He’s the lynchpin of a conspiracy involving others,” Mr. Stone said.

Stone said Mr. Nixon once told him that both he and Mr. Johnson wanted the presidency badly but that, “I wasn’t willing to kill for it,” unlike LBJ.

Stone claims Kennedy was going to end the vice president’s political career by dropping him from the ticket in 1964. Add to that the attorney general was supposedly going to expose Johnson’s many crimes.

“Do I have a case that would convict Lyndon Johnson in court? No,” Mr. Stone said. “I have a circumstantial case that is overwhelming in terms of the coincidences that all point to Lyndon Johnson.”

Aside from Stone's theories, a shocking paragraph came to light from the thousands of documents declassified by the Trump administration that certainly makes the case for a second shooter. Move to the next page for details.