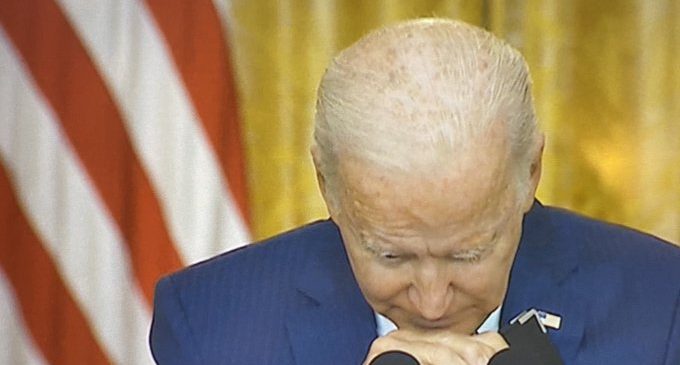 In a bizarre press conference on Thursday, Biden didn't deny that his administration handed over a list of names of American citizens, green card holders and Afghan allies a decision that's prompted outrage from lawmakers and military officials.

Biden claimed that he couldn't say with “certitude” that there was a list of names passed to the Taliban. However, three U.S officials told POLITICO that the move was designed to expedite the evacuation of the tens of thousands of Americans and allies trapped behind enemy lines. One claimed the move was necessary because the Biden admin had allowed the Taliban to “control everything.”

The press conference was wrought with surreal happenings, such as Biden admitting how he was ‘instructed' to call on certain reporters.

Move to the next page for details and video.