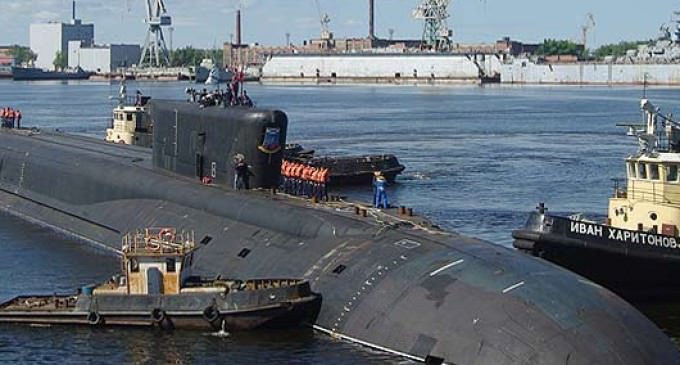 While Obama chips away at America's military, Russia is stepping up the game.

Russia’s newest nuclear-powered submarine, the Alexander Nevsky, arrived in the far eastern Kamchatka region Wednesday, carrying Bulava nuclear-capable ballistic missiles, the Russian state news service Tass reported. The submarine, now a part of Moscow's nuclear deterrent, arrives at its new port during a time of rapid Russian military modernization and renewed rivalry with the United States and NATO. Since it is close enough to strike us, read more about it on the next page: